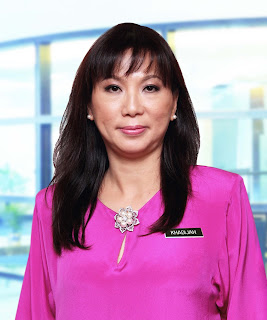 Khadijah Abdullah was appointed CEO of PADU in May 2014 and has led the success of various successful education transformation initiatives. Prior to joining PADU, she was the CEO of the Malaysian Insurance Institute (MII). Her vast experience in Education and Training began early in her career when she served the Ministry of Education as a teacher, teacher trainer, lecturer, and Assistant Director in the State Education Department before moving on to the corporate sector. Prior to joining MII, she was Head of Group Organizational Development for a leading Malaysian bank, where she led the setting up of its Leadership Centre. She also served on various local and international Boards. She obtained her degree and masters from the University of London and also holds a Diploma in Applied Linguistics with a distinction awarded by the Regional English Language Centre (RELC) in Singapore. She qualified in the Education Evaluation from Ealing College of Higher Learning and Lecturing Skills from Sheffield University, United Kingdom. She was awarded the Honorary Life Membership of the Institute of Risk Management from the Institute of Risk Management (IRM), UK. She was also honoured with a prestigious international award “Asia’s Leading Woman in Finance and Investment” for her dedication to elevating professionalism of the insurance industry in Malaysia and emerging markets. 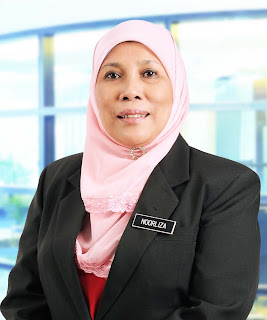 Dr. Noorliza Haji Zakuan was appointed as Executive Director of PADU on April 2013 and is responsible for the managing and facilitating the delivery of Malaysia Education Blueprint initiatives. She has served the government for 29 years, and was previously the Head of Delivery Management Office for Education NKRA and NKEA, which overlooked the development and monitoring initiatives under the Government Transformation Programme (GTP) and Economic Transformation Programme (ETP). Prior to that, she was the KPI Officer to the Minister of Education, Assistant Director in Education Planning and Research Division of Ministry of Education, and a former teacher. She graduated with a PhD in Educational Policy from University Malaya and earned a Masters in Educational Studies from University of Warwick, United Kingdom. She also received a Post Graduate Certification in Educational Research from Tsu University, Japan and a BSc of Education from USM, Malaysia. Due to her vast experience in planning and policy development, she was appointed as a Consultant to the Ministry of Education in Oman to develop the country’s Education Blueprint for Elementary Education in 2008. 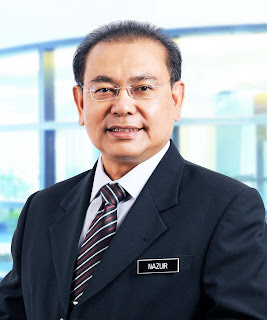 Mohamad Nazuir Ahmad Toee graduated with a BSc in Electrical & Electronics Engineering from the University of East London, UK. Prior to his current position in PADU, he was the Senior General Manager for Human Capital & Administration in Padiberas Nasional Berhad (BERNAS). Before joining PADU, he was the Senior General Manager for Intellectual Capital Management in Sapura Secured Technologies.He began his career with Intel Technology and has held various positions during his 23 years tenure at Intel Technology. His experience constitutes of both Engineering and Human Resource. He has 30 years of collective experience managing strategic projects as a Product, Quality and Reliability Engineer; managerial positions in Engineering, Relocation, Technical Training and Recruitment departments; and in Senior General Manager positions.He has participated in several local Human Resources training and University forums, delivering soft skills training and career talks to local universities. His talks have also been featured in local career handbooks and university newsletter publications. He enjoys collaborating with the universities and helping to develop people within organizations and business groups. He has presented in several national HR, Training Conferences and University Symposiums. He has also presented a concept paper in the past International Federation of Training & Development Organization (IFTDO) World Conference. 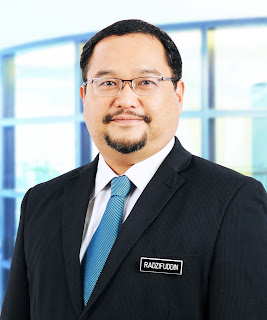 Radzifuddin Nordin leads PADU's Programme Management, which covers Initiative Management, Data Management, Business Process Improvement, and Corporate Planning and Strategy, in support of the Education Transformation as per the Malaysian Education Blueprint (MEB) 2013-2025.Prior to joining PADU, he was the Director of Communications, Media and Technology at multi-national company Accenture, specialising in System Integration, Consultancy and Outsourcing. His role in Accenture involved managing large scale IT transformation projects for major telecommunication companies, which required various skillsets such as project management, requirements analysis, data migration, release management.He also worked for SchlumbergerSema Asia Pacific (formerly known as LHS Asia Pacific), where he managed projects pertaining to data migration and green-field system implementation in countries such as Indonesia, India and Brazil. He also led Production Support Teams in Malaysia.He graduated from Case Western Reserve University, Ohio, USA, with a double degree of Bachelor of Science in Computer Engineering and Bachelor of Arts in Economics. He also holds a comprehensive knowledge of delivery methodologies, programming languages, operating platforms, software applications and architecture. 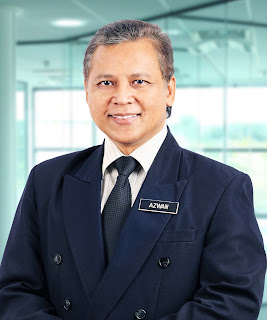 Dr. Azwan Abd. Aziz is the current Executive Director of the Teachers and School Leaders Sector for the Malaysian Education Blueprint 2013-2025 under PADU.He has served the Ministry of Education for 25 years where he began his career as a teacher and later moved to the Educational Planning and Research Division, first in the Educational Planning Sector and then to Educational Data Sector. During his service, he introduced various innovation solutions to the education sector including the award-winning online Educational Management Information System.In 2010, he was appointed to be the section head of the National Key Results Area Unit (NKRA) for education, a major national agenda that aims to transform Malaysia into a developed and high-income nation by 2020. He received his first degree in Housing, Building and Planning in 1988 and went on to obtain a Masters degree in Computer Assisted Instruction at the University of Lancaster in 1996. In 1999, he continued his Ph.D in Geomatic and GIS. His area of expertise include School Siting using GIS, Educational Data Analysis, and Database Integration.
Dicatat oleh NASSURY IBRAHIM pada hari Sabtu, Ogos 13, 2016 Tiada ulasan: